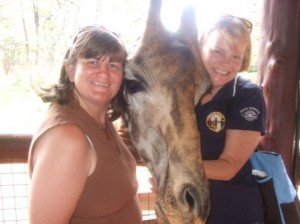 In 2007 TATENDA International was born.  Two parallel developments were going on in the lives of co-founders, Nicki Verploegen and Karen Duffy.

Since 2002, Nicki Verploegen had been holding conversations with Maryknoll Sisters missioned to Zimbabwe about coming there to provide retreats to local indigenous religious women.  Political instability, illness, and life changes had interfered with the fulfillment of that dream.  Finally, in 2006 while teaching at Maryknoll, New York, Nicki and Sr. Patty Startup, MM, agreed they could no longer delay.  “The political situation is not going to get any better,” Nicki said to Sr. Patty.  “Let’s just go.”

At the same time, Karen Duffy was intrigued by Africa and wanted to build in a service component to her professional and personal life.  She was asked to attend a Chamber of Commerce auction in Dover, New Hampshire.  To be auctioned off was a safari trip to South Africa.  She just had this sense that she should bid on it.  She turned to her friend, Kim Raimer, and said, “I’m going to bid on that and get it for $1500!”  Sure enough, she won.  Then, she called Nicki and asked her to consider going along. 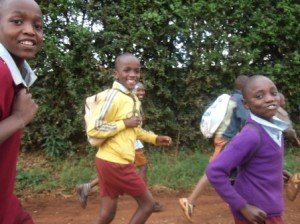 Back in New York, Nicki and Patty were discussing how they could pull off this trip to  Zimbabwe.  “Zimbabwe is right next to South Africa,” Nicki said. “I wonder if Karen would like to tack on a trip to Zimbabwe to her safari plans and get an experience of mission, too?”  Nicki called Karen with the proposal and Karen jumped at the idea, offering to finance the trip. She paid for plane tickets, innoculations, and lodging, as well as splurges to see Victoria Falls for the three travelers.

In April 2007, Karen, Nicki, and Sr. Patty flew to Zimbabwe for 4 weeks of retreats with four different groups of religious women.  During the first retreat with Dominican junior sisters, Karen asked the Directress of Junior Sisters what they needed most, fully expecting a request for finances and resources to help with their projects.  Much to her surprise, Sr. Josephine Oliver answered, “We need more of this.”  She explained how there are many other organizations who can help with money and ideas for development, but few can help them with their spiritual vitality.  “We need more of these retreats to help us stay healthy in our ministry.  Can you come back in December?”

This set Karen and Nicki to thinking. These people who were attending these retreats were caregivers, working with some of the most neglected people on the planet.  Who was saying, “Thank you,” to them for their work?  What was the best way to uplift them and encourage them in their ongoing struggle? 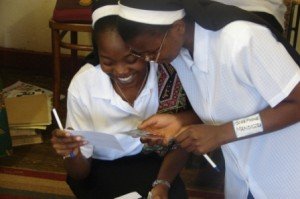 On their flights home from South Africa, Karen said, “We can’t just let this stop here. We have to make sure this continues.” Both agreed that the need was great and this kind of work could be done by a team such as their’s. They returned to New England, and with her knowledge of business and nonprofit Boards, Karen went to work assembling an initial Board of Directors and starting to write By-Laws for a new nonprofit.  Nicki corresponded with people in Zimbabwe and began to plan for a December 2007 to January 2008 trip.

Nicki and Karen were flooded with gratitude for all that they had experienced, the giving and receiving from the men and women they had visited.  They wanted to found this organization from a position of gratitude and thanksgiving.  As they deliberated about names for this nonprofit, they recalled the Shona word for  “thank you” which they had used repeatedly on this trip.  “Tatenda!”  Friends of Nicki’s grabbed at that word and said, “You should name it Tatenda.”  And so, in gratitude for all the work that these caregivers were giving, TATENDA International was born. 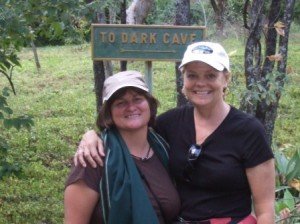 Since its inception, the TATENDA International traveling team has worked with over 700 retreatants on 25 retreats, having traveled four times to Kenya and three times to Zimbabwe and once to Bangladesh. Over 430 youth have been addressed through youth motivational talks in both countries, including an international youth conference with teens from Kenya, Uganda and Poland at which Karen Duffy presented a keynote address.   Talks on Integrity and H.O.W. to Make Good Decisions in Difficult Times have been given to students and faculty members in the capitol of Harare, Zimbabwe to nurture A level and O level secondary students as they prepare to graduate.  Inquiries about future work in Rwanda, Uganda, and Brazil have been received.  TATENDA International sees itself as promoting a mission of gratitude and thanksgiving wherever it goes.  Bringing relief and inspiration, encouragement and friendship is what TATENDA International does.

“Caring for caregivers….in gratitude” is the philosophy that undergirds the choices that TATENDA International makes, wanting to offer the larger world rejuvenation and solidarity in whatever way is possible.