The World of TATENDA International: BANGLADESH 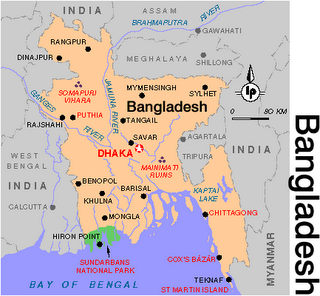 Bangladesh is the third country to which TATENDA International was invited to give retreats to caregivers. It is located in South Asia.

This small country is about the size of New England in the U.S. With a 2012 population estimate of 161,083,804, it is the seventh most densely populated country in the world.

It is bordered by India, of which it used to be a part, and Myanmar (Burma) with  the coast of the Bay of Bengal on the south.  Due to its geographical placement on a major delta, it suffers habitually from cyclones and floods.

In 1947 it was partitioned from India and called East Pakistan. By 1971 the economic inequities, political oppression, and threatened suppression of their native tongue of Bengali pushed them to rebel against West Pakistan and determine themselves as Bangladesh.  Since 1991 they have had a democratic governmental system with relative tranquility.

The currency of Bangladesh is called a Taka. There are two major cities, the capital of

Dhaka, and the second largest city of Chittagong.

Ninety percent of the population is Islamic with the 2nd largest religion being Hinduism at 10%. Only 0.3% are Christian with the largest percentage of that being Roman Catholic. 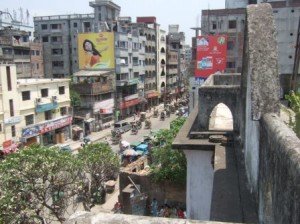