Dear Loved Ones and Friends of TATENDA Travelers–

We’re ba-ack! Yes, we arrived safely in Massachusetts on Friday morning, August 9 around 3:30 a.m., so exhausted that we went to bed and did not get up until 7:00 p.m. After a shower and food, we promptly went back to sleep. So, Friday did not exist for us.

There is much to reflect on as we come back to our own country. Please allow us a day or so to collect ourselves and send on a more integrative Update. For now, we are pondering a story that Sr. Michelle told us, a sister born in India, schooled by the RNDM sisters and eventually “rescued” from being forced into marriage at 14 years of age by her stepmother, after her father died.  She is a heroine for us because of her exceptional generosity and kindness to us, hosting our meals, taking us shopping (a nightmare during preparations for the festival of Eid), and attending to us in illness and fatigue.  She has been in service to primary school children and kindergartners for most of her 40+ years of teaching. She wrote this story down for us because we were so taken with it. In her words:

Let me tell you a God-loving story. One of our sisters’ Parents gave a gift of the statue of the Holy Family which was St. Francis Xavier’s school in LuxmeBazar, Dhaka 1. When St. Francis Xavier’s School was changed to Mohammedpur and was given the name St. Francis Xavier’s Greenherald International School after the war of 1971, with a meaning behind it of “Green” for Hope and “Herald,” a messenger for the future, we decided that we carry the Holy Family statue to the new school and place it in a place of honor in the school. Many parents sometimes spent a quiet moment before it.

As the student numbers increased, we decided to move the statue near my Office in an open space. About two years ago at around 8:30 A.M. as I was about to enter my Office, I saw three girls standing there in silent prayer. I said nothing to them. They then said, “Good morning” to me and asked me to pray for them as they started their Final exams. I said, “I shall pray for you.”

The Three of them were back at around 10:30 A.M. I then asked them how did things go.  They answered me, “We have come to say, ‘Thank you to Him for helping us with our Exams.” I then told them in brief who they were (the Holy Family of Jesus, Mary, and Joseph). They listened very quietly.  I asked them their names. Surprisingly, they were not Catholics but a Hindu, a Buddhist and a Muslim girl. So I said, “Will not your parents, Mom and Dad, be angry for what you did (praying before a Christian statue)?”

They answered me– “No, Sister.  Our parents told us to come and ask for His Help and so don’t worry. There is Only One God– but we give Him many names and titles.”

The next day they were there at the shrine to say, “Thank you,” as they did their Exams well.”

From the mouths of youngsters, we learn a lot, even in countries marked by religious difference. We will savor this story and offer it for your reflection, too. 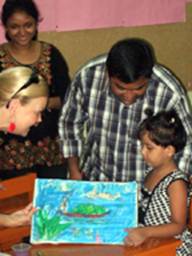 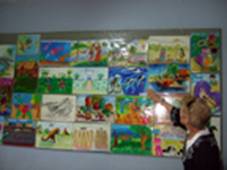 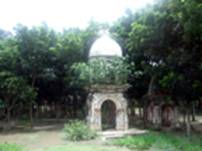 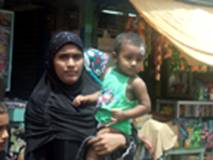