Habari to our TATENDA family and friends,

Sorry that it has been so long since our first Update. We did not have internet access at the Mary Ward Centre where our first retreat was held. It’s been cold and rainy here and we find ourselves bundling up along with the Kenyans. Unusual for this time of year.

We have completed this first retreat with the theology students from the Society of African Missions (SMA). The group was composed of older and more spiritually mature men than our philosophy students from last year. Nine different countries were represented, places like the Central African Republic, the Congo, Ivory Coast, Benin, Togo, and Poland to mention a few. The retreat schedule kept us busy with input sessions, meditations, group sharing and spiritual direction and yet, the Holy Spirit was so alive and present that the work seemed easy.

The response from the students to the retreat format, which focuses on the formation of the spirit rather than stuffing the mind with theory, was delightful. They responded to the music, guided meditations and group sharing with gusto! The closing day ritual was both emotional and jubilant as they brought forth their plans for the future as to how they might strengthen their missionary spirituality. We ended the retreat in “jubilation” with singing and dancing and hugging.

While at the retreat center we met Benedict Ayodi, a Franciscan brother from the Damietta Peace Initiative. The vision of the initiative is to conduct grassroots peace training in communities throughout Africa by building relationships within diverse ethnic groups. Brother Benedict expressed great interest in receiving a retreat from TATENDA for both the Kenyan members and those in NYC. In addition, a group of women from all over Kenya will be coming together at the end of January for peace training and dialogue. If the timing of our schedule allows, we have been invited to meet and dialogue with these women.

We also have connected with Fr. Patrick Devine, SMA, from the Shalom Centre for Conflict Resolution and Reconciliation. We will keep in contact with him about conflict work he is doing before the election in early March, hoping to minimize violence and voting irregularities.

It is nice to be back at the SMA House of Formation, although the electricity and water supply has been faulty. There are huge “lakes” of water on the side streets, especially the one leading to our compound. A small Toyota goes up to the door handle almost in water. It definitely will inhibit our walking about.

We are well and will enjoy a little break now. More to come very, very soon.

Thanks for the blessings,
Nicki Verploegen and Sarah DeKoven, TATENDA International Travel Team 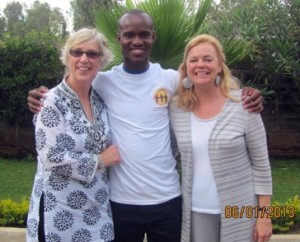 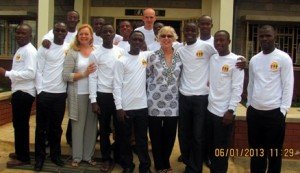 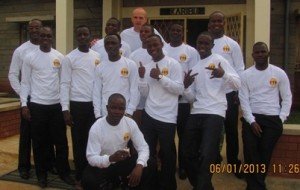